The mission of the Hubbard Independent School District is to promote a positive climate for learning in which our students will develop the attitude and skills that will enable them to become productive, responsible, contributing participants in society. We want our students to have a sense of vision and the personal worth to possess a motivation to excel. 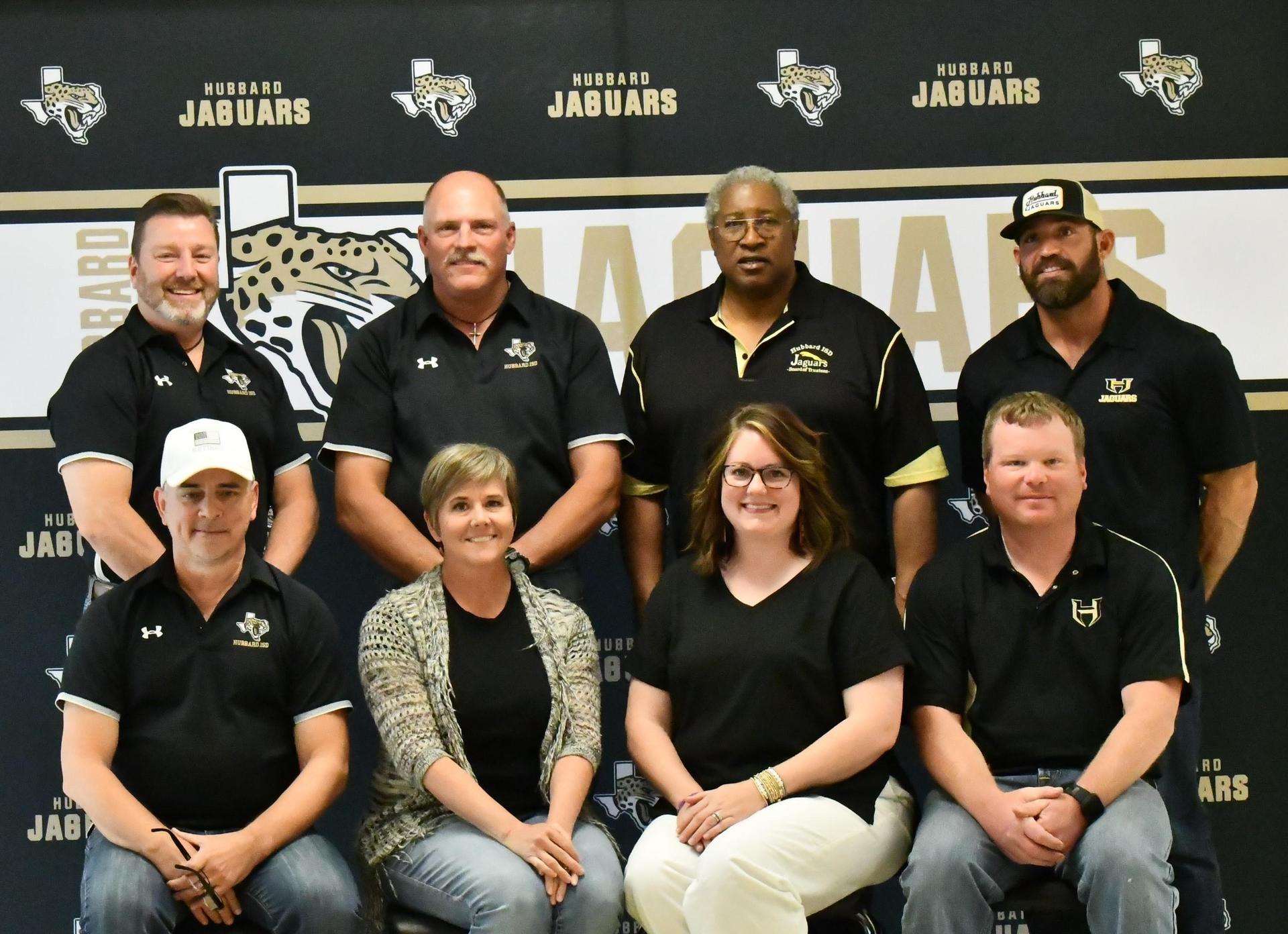 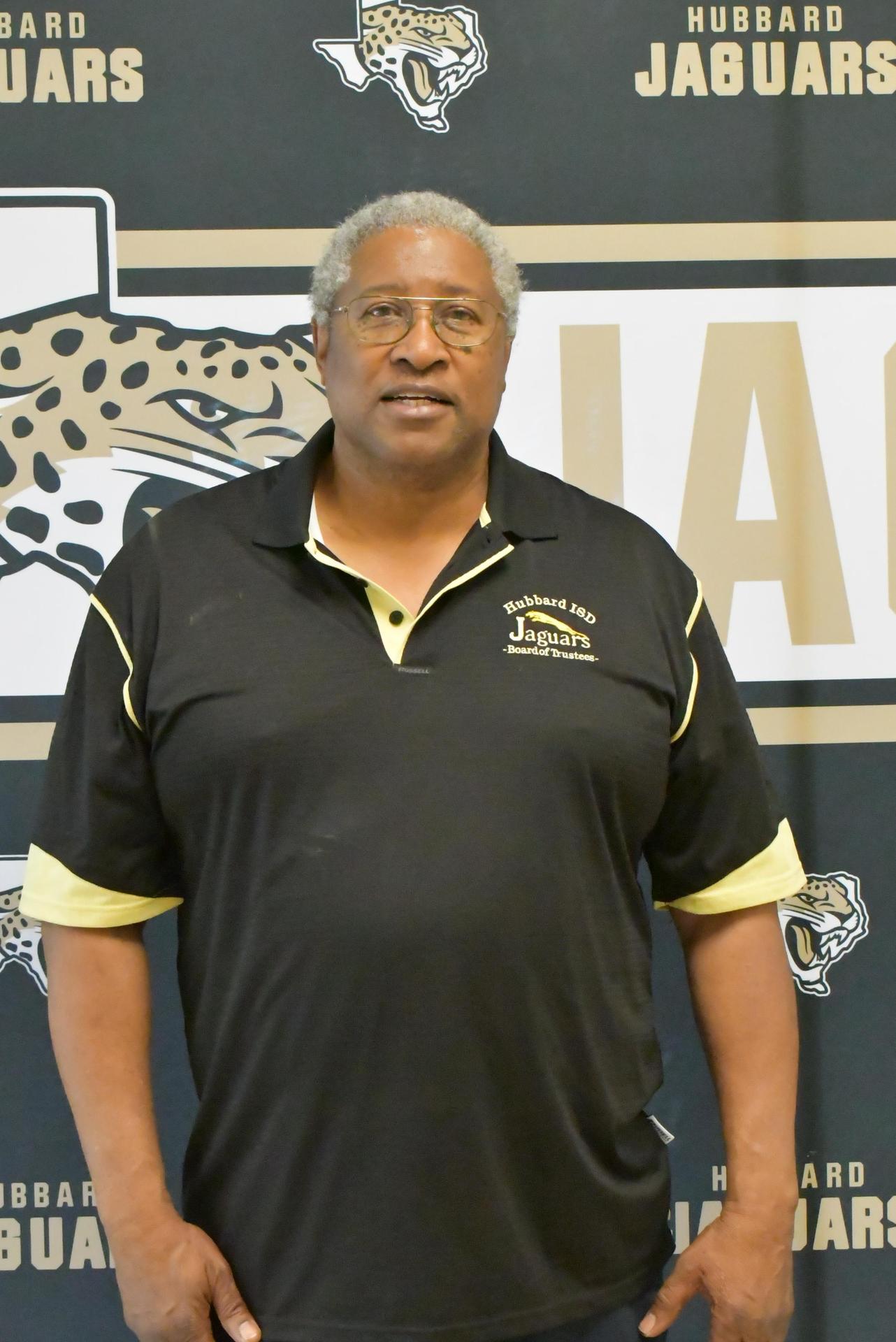 Larry Hawthorne
President
Mr. Hawthorne graduated from Hubbard High School in 1972 and was elected to the Board in May 1990, now serving his 32nd year. He attended Hill College and received his Associate Degree from Navarro College.  Mr. Hawthorne earned his bachelor’s in Business Administration in 1994 and master’s degree in Organization Management in 1997 from Dallas Baptist University. Mr. Hawthorne is a Trained Mediator and holds a Certificate of Completion in Advanced Divorce Mediation from Baylor School of Law and McLennan County Dispute Resolution Center. Mr. Hawthorne retired from ExxonMobil Pipeline after 43 years as a Regulatory Specialist. Mr. Hawthorne is presently employed by Energy Transfer as an Emergency Response Specialist in Corsicana, Texas. He is married to Evlyn Hawthorne, who also attended Hubbard High School. They have three children--Larry Hawthorne Jr., Richard Hawthorne, and Christie, all graduates of Hubbard ISD with eight grandchildren, 6 of whom attended and graduated from Hubbard ISD. Mr. Hawthorne is the President of the C M Blank Civic Club. He is a member of the St. Paul AME Church of Hubbard. He is a volunteer and serves on the Advisory Board for the Wheatley Recreation Center. He is a Trained Mediator and holds a Certification as a Divorce Mediator from Baylor Law School in conjunction with McLennan Dispute Resolution Center. He graduated from the TASB Leadership class as a Master Trustee in 2007. Mr. Hawthorne was elected to the TASB Risk Management Board in 2007 and serves as Chair of the TASB Risk Management Fund Member Services Committee in Austin, Texas He states that his educational goals for students are to “Prepare every student to attain their personal goals in life and make a positive difference in whatever they do in their lives ahead.” 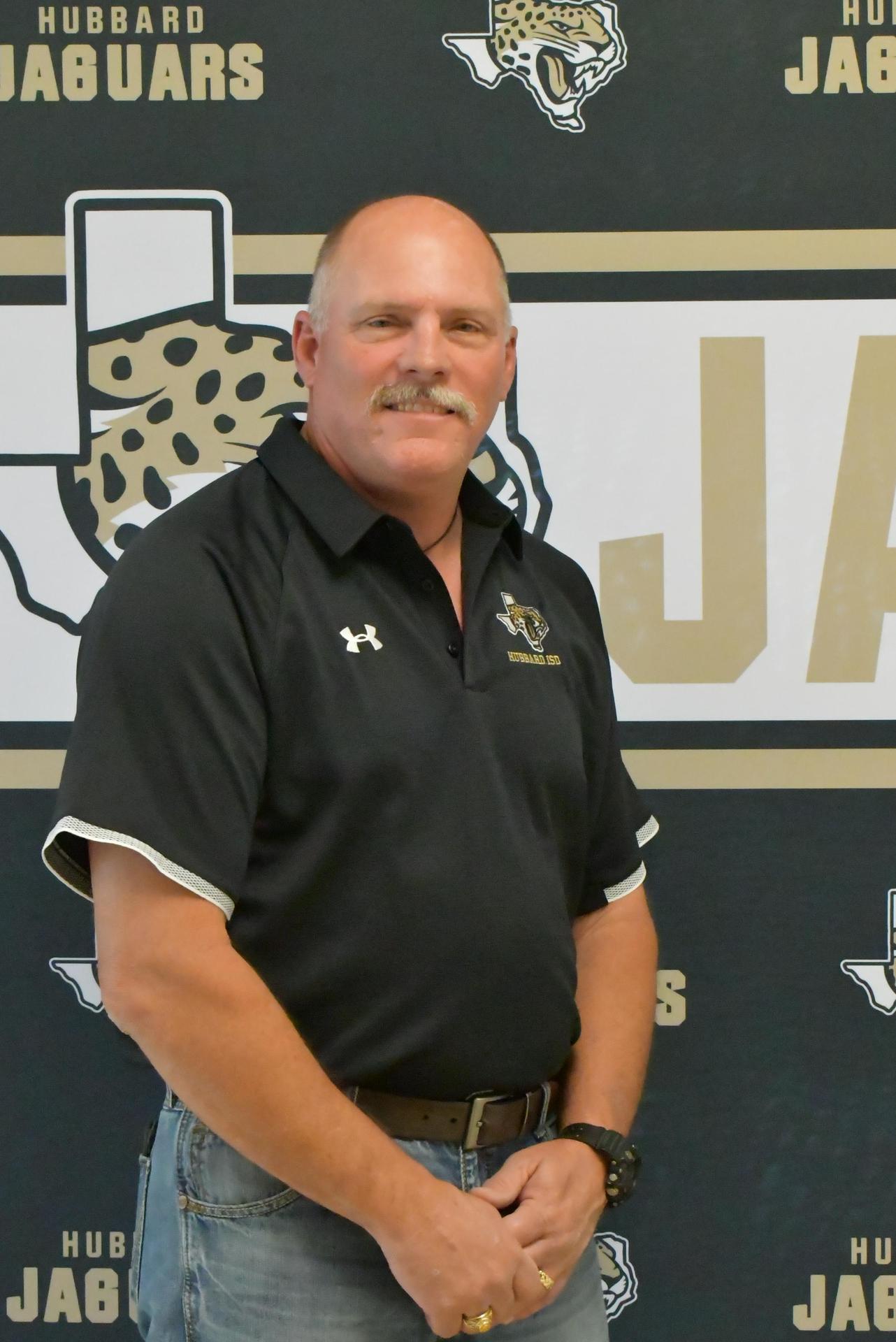 Paul Morris
Vice President
Mr. Morris, a graduate of Hubbard High School (’87), served military service in the Air Force from 88-92 as an Administrative Specialist, rank of Sergeant.  He attended Hill College upon return from the military a graduated with an Associate’s Degree in ’93 and continued his education at Texas A&M where he earned his Bachelor’s degree in Agricultural Economics in  ’96.  Mr. Morris has been named “Farmer of the Year” for this region for his work with JPM enterprises and local farmers. He married high school sweetheart Heather(Murphy)Morris (’89) in 1991 and they have five children; Gage, Hunter, Seth, Logan and Jenna all students in Hubbard ISD.  Mr. Morris became a board member in order to assist in providing the best educational opportunities for all of the students of Hubbard ISD.  He and Heather have taken to heart a quote often heard by her mother, Martha Lee Murphy, in that “anyone can have kids, but not everyone can have kids that people want to be around”.
Karen Ryman
Secretary 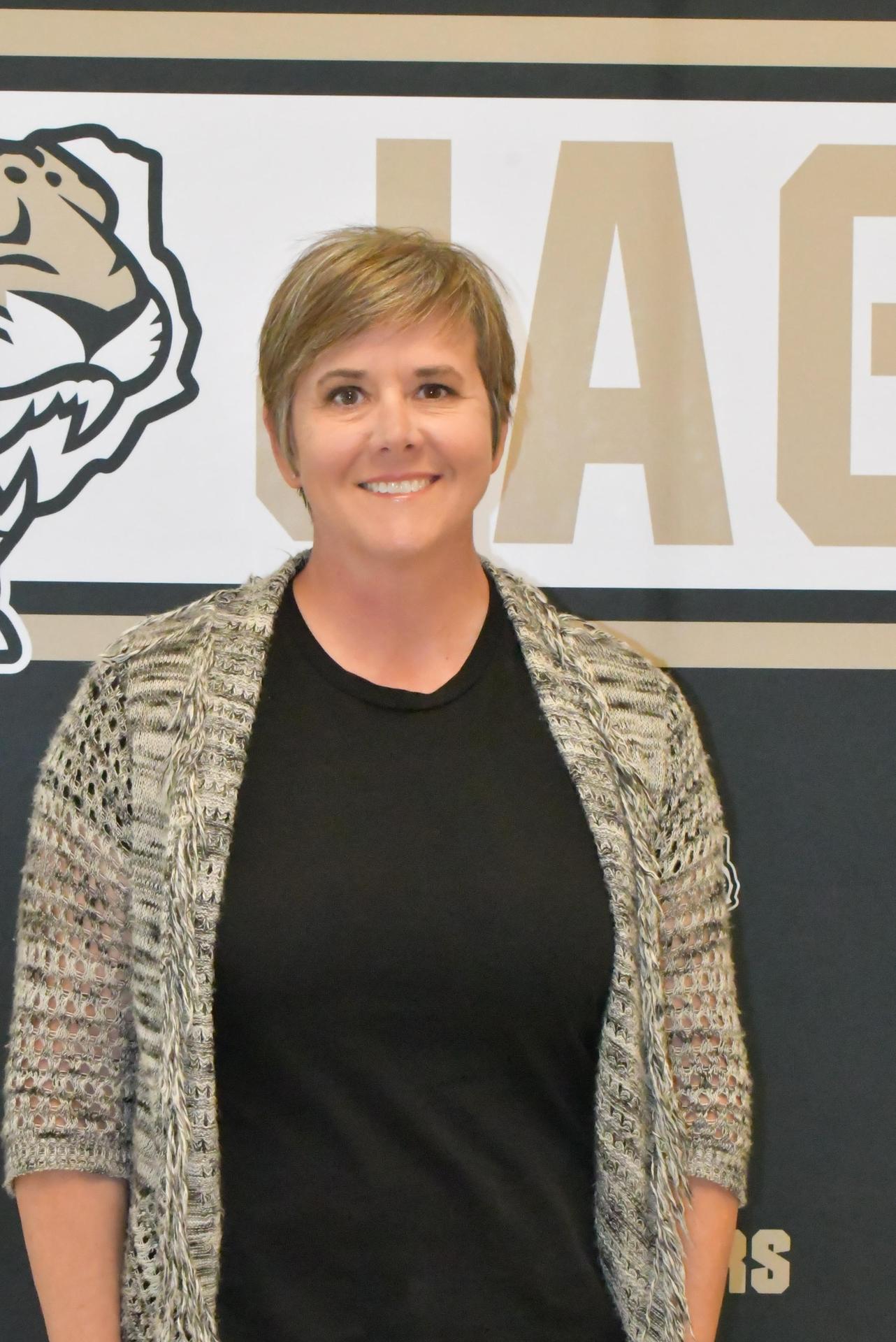 Mrs. Ryman graduated from Hubbard High School in 1991. She received a softball scholarship to Hill College where she played and attended for two years before transferring to Sam Houston State University to earn a Bachelor of Science Degree in Kinesiology in 1996. Karen has a teacher’s certification in all levels of Kinesiology and Secondary Math. She was the head softball coach and Jr. High math teacher in Hubbard in 1997. Karen married her high school sweetheart, James Ryman, (’88) in 1997 and accepted the head softball coaching job at Dulles High School in Sugar Land. Both Karen and James were teachers and coaches at various schools in Texas. Karen played women’s pro football for the WPFL’s Houston Energy from 2000 to 2002 where she started as strong safety and won three Super Bowls. In 2003 she gave birth to Michael James (M.J.) and in 2006 to Jesse Merle. Karen and James moved back to Hubbard in 2008 after James finished medical school. Karen is currently a stay-at-home mom that is very involved with her boys’ various activities. She has served her community in the Hubbard Elementary PTO, the Junior High Mom’s Club was a board member of The Tris Speaker Youth Club, and coached youth baseball, basketball, and football. She is currently the Secretary of the Hubbard High School Athletic Booster Club. The Rymans are members of the First Baptist Church of Hubbard where James serves as a deacon and helps with RA’s and Karen is the Bible Drill director and has served as the VBS director. As a board member, she is honored to serve and is committed to continuing to make Hubbard ISD successful.
Brent Weatherby 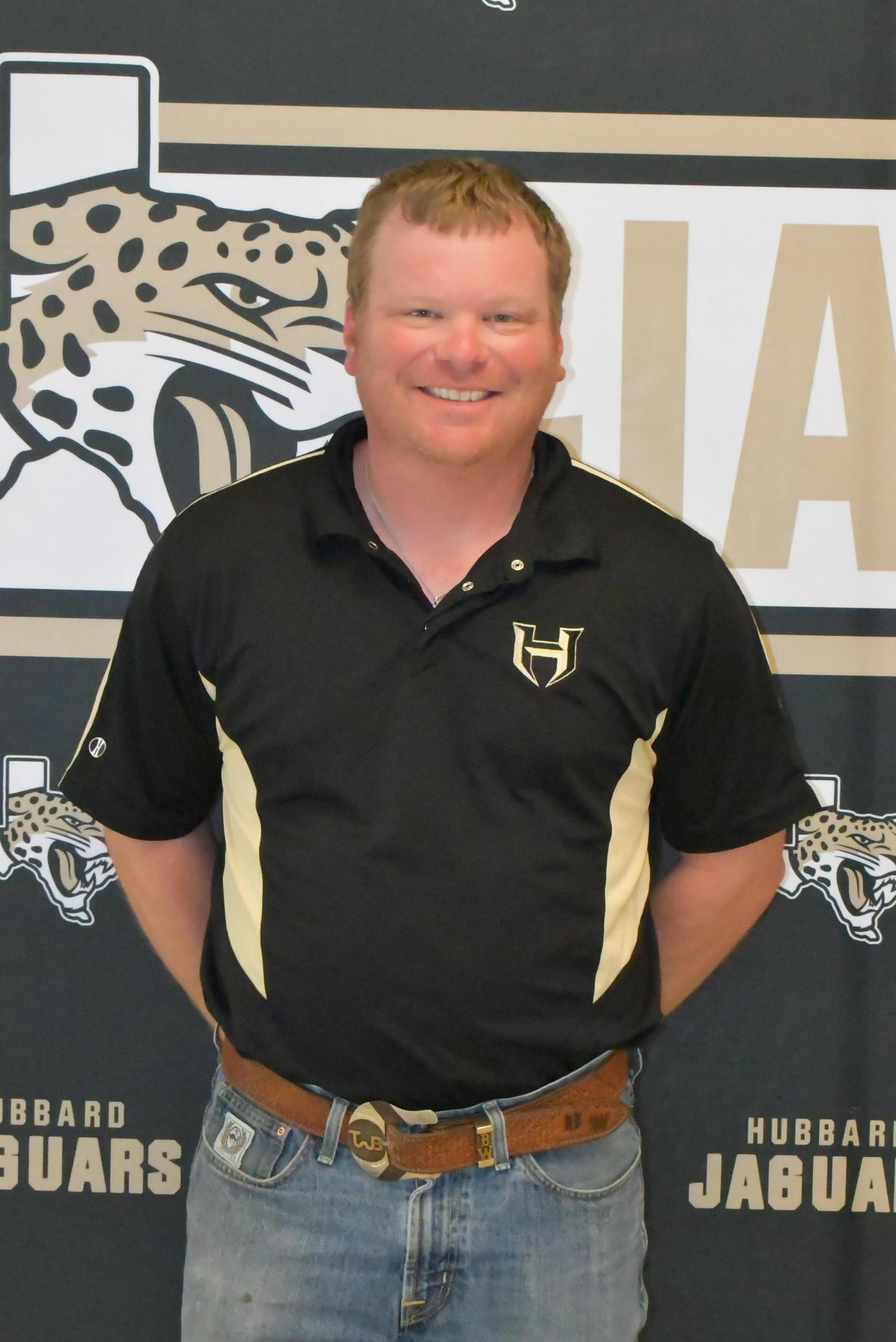 Board Member
Mr. Brent Weatherby was raised in Hubbard and graduated from Hubbard High School in 2000. He then attended Sam Houston State University, graduating with a Bachelor of Business Administration with an emphasis in Finance. Mr. Weatherby has recently finished his master’s degree in Public Administration. After graduating from Sam Houston, Brent joined the Waco Fire Department, where he has worked since 2007; and has moved up the ranks to serve as captain currently. Brent has been married to Taylor Weatherby since 2010. They have two kids, Jax and Reagan, who currently attend Hubbard Elementary. Mr. Weatherby is a member of the First Baptist Church and serves as a leader for young boys on Wednesday nights. Mr. Weatherby’s philosophy of the school system is heavily influenced by his grandfather, who served as superintendent at Dawson for many years. When asked about this influence and his philosophy for a successful school, Mr. Weatherby stated, “The biggest thing he taught me about successfully running a small district is growing and developing your own teachers because nobody is knocking down the door. One of my main goals for the district is growing, developing, and keeping our teachers. Teachers are the foundation of a great district, in my belief. I plan to do this by working with the administration staff to make Hubbard ISD an attractive district to work in.”
Blake Wragge
Board Member 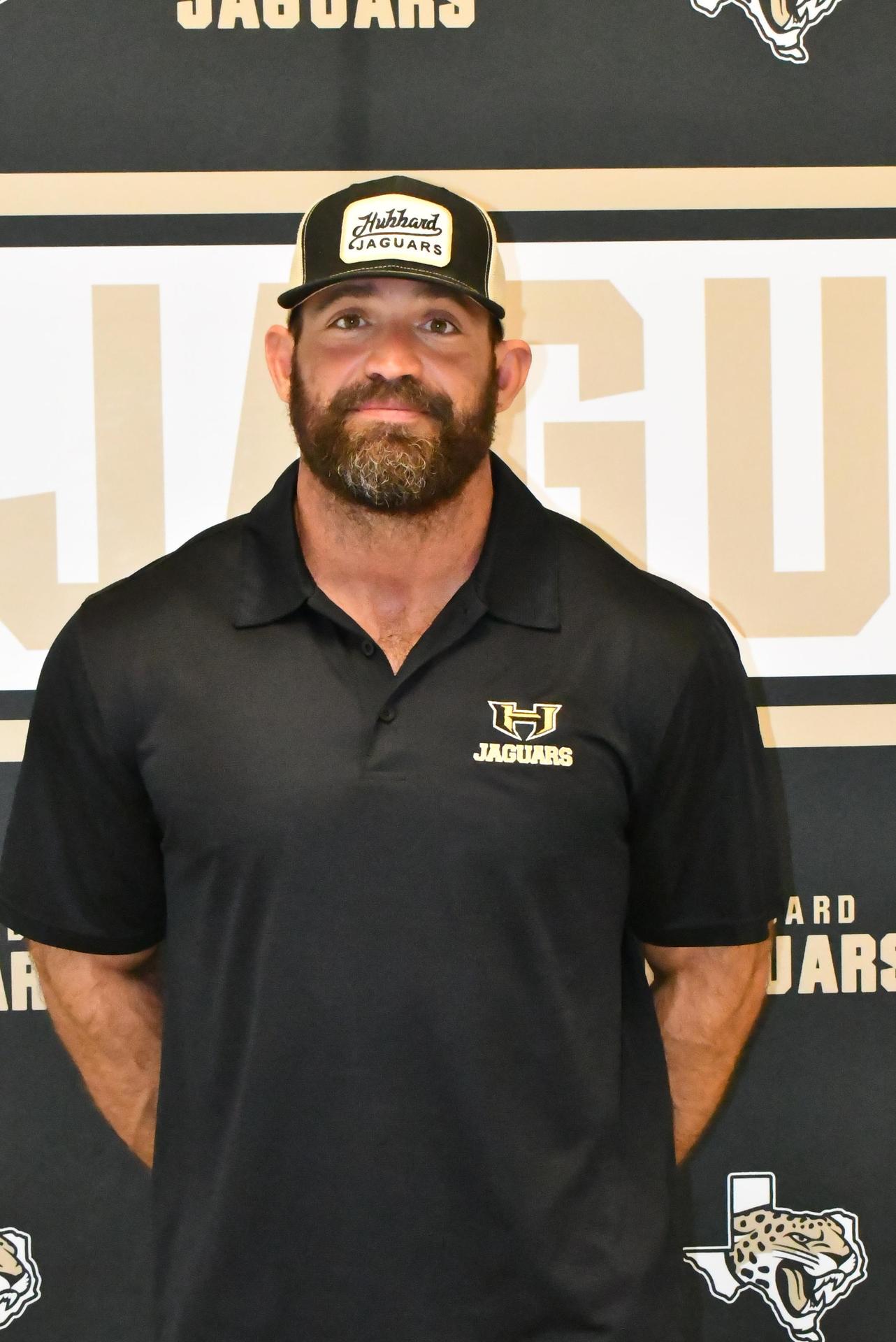